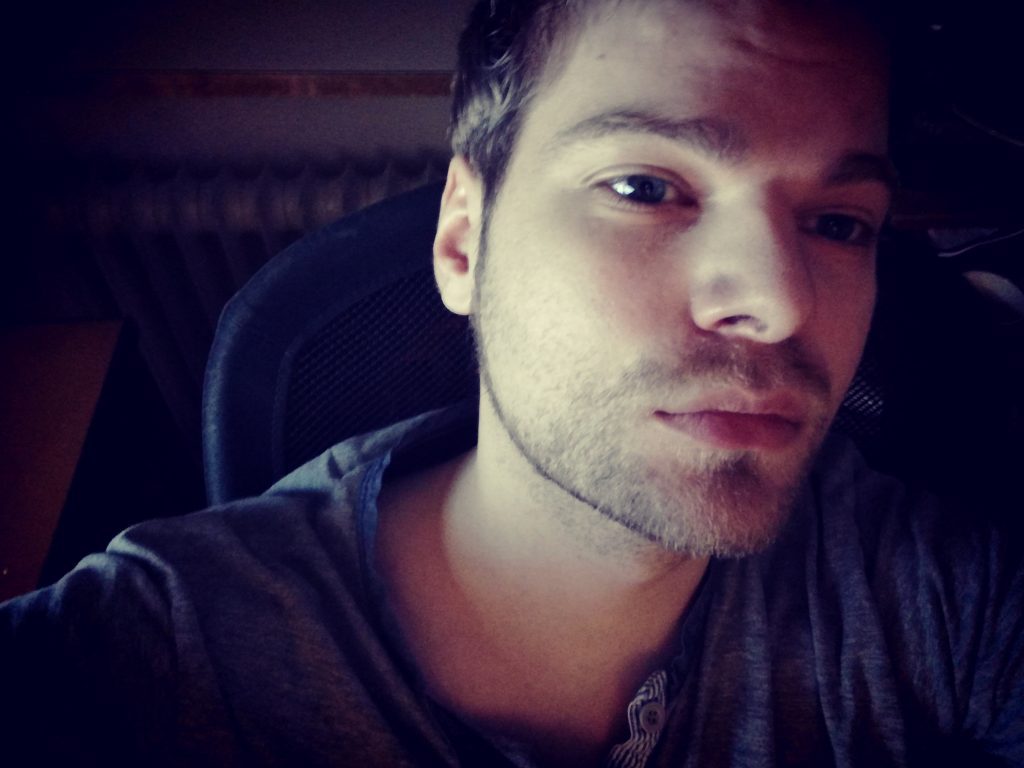 FREDERIC BERNARD is a critically-aclaimed, classically trained music composer, arranger/orchestrator and pianist, based in Germany. The emphasis of his work lies in providing outstanding quality music for television, films, video games and web-based projects.

Apart from film, television and advertisements scores, Frederic is also a specialist for working and scoring in live-orchestral environments and has recorded with lush Orchestras and Ensembles in Budapest, Moscow and Los Angeles. Gaining his first experience with the Budapest Scoring Orchestra in 2015. He’s also quite well-known for his piano score to “Im Garten Der Pusteblumen” (adapted from the French original “La Vallée des Moulins”), in corporation with the critically acclaimed Martina Gedeck. Further, his collaboration with Rudy Mancuso reached over 40 Mil. views. Many scoring-, orchestration- and co-arranging gigs followed, such as for K-Pop Star Cho Kyuhyun (“One Voice” Tour), and a orchestral studio release ft. Yiddish Popstar Benny Friedman. Meanwhile his piano solo originals “Underwater Wonderscapes” and “Peculiar World” (published under his pseudonym ‘PianoPassion’) reached gold status on Spotify and Apple Music. After gaining several billions of clicks on TikTok – “Underwater Wonderscapes” was later arranged for symphonic orchestra.

*Consider that this retrospective covers only a selection of his creative endeavours. Please contact him, for more information.

He writes music for several A++ Libraries (most of them located in Los Angeles); such as “Music Junkies”, “Montage Mx”, “Score-A-Score”, and just recently joined one of the Industrie’s biggest players: “Megatrax“, by invitation of Grammy Nominee Derek Jones.

Before his professional ventures, he was classically trained at the piano from a young age on. In his juvenile years he became extremely interested in Film-, Videogame- and Classical Music, and began extensively studying scores and their magic behind. In the age of 22 he enrolled for a Bachelor‘s degree in classical music at the University of Music, Freiburg, where he studied under Prof. Eckehard Kiem (a former student of the Avantgarde composer Prof. Brian Ferneyhough), and many other music professors and luminals.  Further, he received praises and positive critiques for his original music works, arrangements and orchestrations – by such industry legends as Bruce Broughton, Andrew Kinney, and Brad Marrapodi (see testimonials below).

“I am very impressed…your orchestrations are outstanding. You use the entire orchestra very well, with all of its coloristic possibilities!” – Andrew Kinney (Orchestrator for “Interstellar”, “Pixels”, “Sausage Party”, “Baymax”, “Rio”)

“…everyone [within our team] loved your cue and were blown away by the writing.” – Brad Marropodi (X-Ray-Dog, BMG)

“HALLOWEEN PARTY is accompanied by a surprisingly effective score…it gives the whole experience a real retro feel…recognisable horror-esque themes and styles, yet [he is able] to expertly keep the right level of tension in place where necessary.” –  (“Horror Asylum” Review on “Halloween Party” [Directed by Thomas Crane])

“…we were very impressed with the professional presentation from your reel ~ Bravo!” – Jeff Fayman (Immediate Music)

“…let me compliment you on your music – sounds fantastic! You’ve obviously got some great talent!” – Jeff MacDonald (Louder Production Music)

“[Im Garten der Pusteblumen is] A beautiful story, accompanied by wonderful music, that inspires to dream and deeply reflect. At the end, the CD fades into longer instrumental passages, splendidly leading all the way into dreamland.” – (“Kinderohren”/Daniela Dreuth” Review on “Im Garten der Pusteblumen” , German-to-English Translation)

By continuing to use the site, you agree to the use of cookies. more information

The cookie settings on this website are set to "allow cookies" to give you the best browsing experience possible. If you continue to use this website without changing your cookie settings or you click "Accept" below then you are OK with this. (Further Notice: This Popup, respectively the provided information, is necessary to be applied on every website, following the new EU Guidelines)